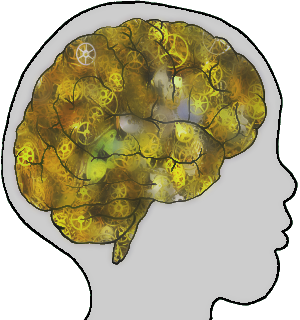 I've always been a big fan of trying out different styles of writing, as a means of expanding my horizons as a writer. I've written short little pieces, most of which I will never share, to try out ideas or new styles. Some of them work, some of them don't, but I'm trying to be more transparent about my process in the hopes that I might share something that helps get someone else over the hump creatively at some point.

The Poem below stems from a recent conversation with my son about school, and I thought he raised a few valid points (The dialog below isn't his, but it's written in a spirit I think we can all identify with). I laid in bed a day or two ago, and realized that the apathy of the youth towards education really has justifiable roots in reality. It's a conversation that we seem to have repeatedly, from one generation to the next, but things keep going downhill. I realized that the reason everyone talks about their childhood like "The good ol' days", isn't just that they had fewer cares and more fun, it's that society has actually has been worsening for generations, and each successive generation really DOES have it worse than their parents did. I'm not talking about hard work. The kids today have less of an idea of what hard work is, at least in a manual labor context, than what we do or our parents before us.

I'm more interested in the WHY behind that. Evolution is a slow process, so I'm more inclined to think the reasons are societal as opposed to genetic. We aren't really teaching each generation to be lazy (well, some must be), but I'm of the mind that each generation has seen things come to pass like the loss of retirement savings after working for all of your life, having your job outsourced to cheaper labor elsewhere, etc, as a far more damning reason as to why the youth of america just don't want to work like they used to. Though it's not always the case (I happen to be lucky enough to work at a company that is much better than most in this regard, though I've had plenty of shitty ones in the past), by and large companies don't take care of people like they used to. They haven't show their workers as much loyalty as in the past, and the younger generation sees this, and causally, doesn't see the benefit to working a full time job for 40 years and think it will be enough for them.

Once I made that connection in my head (yes, this sort of stuff is in my head at one in the morning when I can't sleep), I decided to try it out as a "spoken word" free form poem, which I've pasted below. Let me know what you think?

"But school is boring, dad! "
You say like we haven't all been there"My teacher hates me, he wants me to fail"Well, the world hates everyone,Bob and weave, stick and move

"I don't need to be rich to be happy"True enough, at least it used to beThe world has lost its middlePass by the skin of your teeth?If I can pay my rent, I'm still free, right?

Can the world really hate me?Nah...It just don't give a shitIt cares what you do with a gift,Not that you have it.

Think biology is tough?Try customer serviceWhere you get to say/think,"Thank you sir/kiss my ass"At least three times before lunch. Everyday.

Watch the clock tick by4:57.....4:58Sixty seconds closer to freedomFlip that burger, answer a phoneAnd try to keep your shit together

Unemployment is at 10%Welfare abusers making out like banditsA hand out, a hand upWhat's the difference?When the ladder has been pulled up

Why work so hard?A voice inside youYour fathersIt worked for him, it will work for youBut the world ain't flat anymore

You know that hill you walked to school?Uphill both ways, in the snow?That's what opportunity looks like now inAmerica. Life,  liberty,  and the pursuit of the Almighty dollar

People don't take care of each other anymore."Gee, you work real hard...That's why I need you right where you areJust keep up the good work,but no raise. We need all hands on deck."

Yeah, the minimum wage went up onceI remember that weekThe price of bread and milk doubledPaint over the mold,But don't fix the leak

They say the youth don't want to work for a livingThat may be true, but do you think maybeThey've just seen their parentsGet robbed of their keep once or twiceAnd they've decided not to play that game

Minimum wage,Minimum respectRemember that moviewhere the burger cook owned a house? Wouldn't that be nice

So study,  do your homeworkShow us all what gotDiscover what you love and do itAnd I hope never understandJust what the hell I'm talking about

Do I have a good job?Yeah, I do But that kind of luck is drying upThey don't trust regular people to make decisions anymoreAnd they won't pay you a livable wage to push a button

So does a Dean's list certificateMean you've got it made? Have you not been listening?They hand those out with flash cards nowI said THINK

They'll test you, and test youTo make sure you're a good little robotSo don't complain to your teachersThey're in the same Titanic you are

Study, son. But knowThat not everything you needIs in the manuals they will give youThey ripped out the chapters on free willand buried them. Because digging is hard work

Don't be afraid to failthere's still respect to be foundfor those willing to make a wrong choicefor the right reasons. But pay attention,and don't make the same mistake twice

What's true in you, is trueTrust your gut, learn all that you canMake choices and don't look downThat round world you're on, the one that turns?Means tomorrow you get another chance