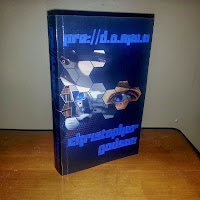 I decided it was time to start giving everyone a sense of what they will be getting in a few weeks. Below is Chapter 3-in it's entirety. Let me know what you think, and be sure to join in at the facebook event if you haven't already, to keep up to date on all of the upcoming shenanigans by clicking here!