Alex Laybourne's Diaries of the Damned!

I don't do this often, but Alex is a good friend and one hell of a writer, so when he asked me if I could help spread the word about his upcoming release I didn't hesitate. He's one of the hardest working writers I know (No joke, due to the time difference he usually has a few thousand words in the bank before I've even made it out of bed), and is always giving of his time to friends and fellow writers. Well, that's enough from me. On to the Spotlight, and if horror is your thing, go check out his work!-CG 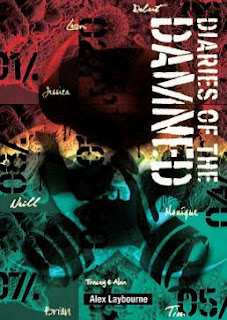 The dead have risen and a desperate struggle for power has begun. The military are
evacuating all survivors in passenger planes. With their destination unknown, one group of survivors led by a journalist named Paul Larkin, decide to share their experiences
with the hope that when combined, their stories will reveal the answers that the
government had not been willing to give themselves.

Nine survivors banded together, yet none of them realized, as they stood to tell their
tales that they stood on the brink of discovering a conspiracy the likes of which the world has never seen.

Grab your copy from Amazon today for just $2.99! 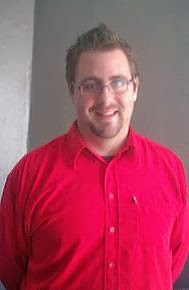 Born and raised in the coastal English town Lowestoft,
it should come as no surprise
(to those that have the misfortune of knowing this place) that he became a horror writer.

Married with four children; James, Logan, Ashleigh and Damon. His biggest dream for
them is that they grow up, and spend their lives doing what makes them happy,
whatever that is.

‘Diaries of the Damned’ is his third full length publication along with numbers short works.