I've never written a post pertaining to Valentines day in the two years I've owned this site. There are two reasons for that. 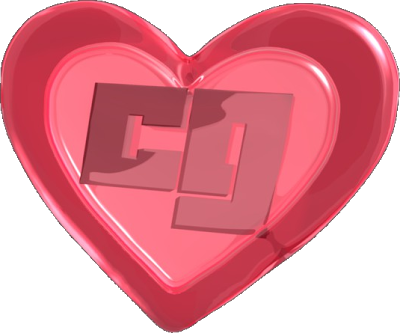 1. I initially threw myself into writing as a productive way to cope with my divorce. I always wanted to give writing a serious shot, and what better time to try than when you feel like you have nothing left to lose. Two years later, I'm still writing, and loving every minute of it. Of course, since then I have yet to find lasting love, and have had no need to spend 45 minutes immortalizing Valentines Day here on the site only to spend it alone. It's not anything anyone needs to pity me for, I don't feel the least bit sad about it. I just have no use for it lately, like a mechanic with a set of wrenches when all the bolts he comes across are screws.

2. I've been kicking around the idea of writing a romance novel since I began writing in earnest a few years ago. It's something that has always been in the back of my mind, and I always thought that Valentines Day would be the best day to announce my plans. While I worked on Covinous, and later pre://d.o.mai.n, I let each V-day pass until I neared the time when I would finally get around to writing it.

So while I haven't made much progress on reason number one, I've finally reached the point where the second reason will have it's time in the sun. I have come up with a compelling idea for a romance story. It's not a typical romance story, but I plan to approach it from an angle wary of it's intended audience. My science fiction work is obviously tailored to a predominantly male audience.

Women read Sci-Fi, just not in as large a number as men do. Romance is the exact opposite, so I thought a palate cleansing experience to write a romance novel between pre://d.o.mai.n and the second novel in the d.o.mai.n series. Each of the novels in this series will be different, the series as a whole not a true "series" in the traditional sense, so I don't think this choice will hurt d.o.mai.n in the least way.

I will be writing these novels under a pen name, a nom de plume, if you will. This isn't because I'm ashamed to be writing a romance novel, or that I worry that if my Sci-Fi work takes off in popularity that it will resurface like a Hollywood starlets porn flick made when they were desperate with bills to pay. I just want it to be easy to tell the genre's apart. I want to classify them simply so that someone picking up a Sci-Fi story of mine won't accidentally grab a romance work expecting something similar to what they just read.

I plan to bounce back and forth between the genre's, and maybe include some literary fiction in the "romance" umbrella. I will be creating a separate site for this alternate identity, but will not be expending alot of effort to keep the two divergent. If someone wants to find the connection, I'm not going to stoop to subterfuge or anything like that to keep the link hidden. Who knows, if someone likes my romance work, they may give the Sci-Fi stuff a shot, or if they enjoy the Sc-Fi, they might take a look at the romance stuff.

Who knows. Like I said, I'm not kicking alot of sand over that connection. The pen name that I'm planning to use? Well, Christopher Godsoe is my first and last name, so I think I can use my first and middle name for the other side of my writing. Christopher Earl. I think it works well, seems to fit in with the genre better too. Time will tell.

But since I'm already here, I'd like to elaborate on why I enjoy the romance genre. I don't read bodice-rippers, I don't read Harlequin romance novels. Hell, I usually don't read straight romance novels at all. When someone recommends one to me, my firt question is always, "Aside from the actual romance, what does the story have going for it?"

In my opinion, you could write a romance novel that takes place inside a single windowless room with two people in it, just dialog. (Actually, that's a pretty kick-ass idea for a short story/writing prompt. Feel free to steal it.) But the story needs to (for me, anyways) encompass more than just two people and their love for each other. That's the centerpiece  of course, but there needs to be more. Nicholas Sparks, the current maestro of the romance novel, usually has something more than just that story in his novels. The Notebook had the twist ending, and the reality of the two lovebirds situation. The film that is coming out this week, Safe Haven, is about a woman and her need to hide from trouble in her past. Each of these are great love stories, but they have more to it than that.

I think that's the secret. I had to come by that lesson the hard way, over the past two years since my divorce I had rediscover how to be "me" all over again. I had to realize that in order to make someone else happy, or to be happy with someone else, I needed to be happy by myself. Just like a romance novel needs a good story to build off from, a happy relationship will need two people who truly know who they are in order to make each other happy. They need the confidence that they can be happy alone in order to avoid smothering the person they love, afraid that they will leave them the first second something else comes along.

You need to love yourself, as cliche as it sounds, before you can love someone else the right way. So what  I'd like to leave you with this Valentines Day, it's to love the person you are with, because you never truly understand how special it is to have someone that loves you back until they're gone. Just as importantly, love yourself too. Don't take it to narcissistic lengths, but if you can't understand why you're a good choice for someone else, then how are you ever going to convince them?