February 27, 2012
Alright, I realize that I haven't had alot to say on this site over the past week or so. The reason for that is because I have been working hard on the Book Trailer to COVINOUS, as well as finishing up the editing and rewrites. It's coming along nicely, and I have just a few small sections to rewrite on AZTLAN (one of the stories in COVINOUS), and a new short story called "The Barbecue Baster" to rewrite and I should be home free in the literary department. So, I've decided to give you a few teaser images again regarding the Book Trailer to COVINOUS. Speaking of the aforementioned AZTLAN, here's a teaser image to go along with that story's section of the trailer: 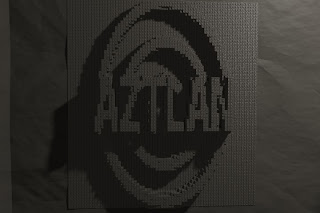 It's not a still from the finished clip, (I had to adjust the depth a bit), but it's representative of what you will see. I designed the entire thing in Blender, which if you follow me at all on Facebook, you know as my 3D program of choice.
So, that covers Judgment Cove, Along in the Tub (both shown on my last post), and now AZTLAN.
How are those coming along? Well, I told you that the Book Trailer was going to be mixed media, and the remaining two images will give you a hint as to what I have planned. 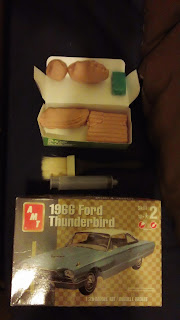 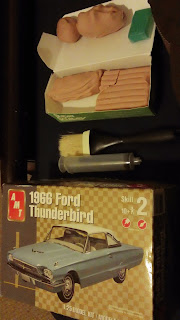 The final two sections of the video will be shot live action, one with a "miniature" car, and the other with......well I'll leave that up to your imagination. Hopefully in the next few days I will have something else to show you, and in a week or two the finished trailer will be out, followed by a few videos on the making of.
Thanks again for checking in!
3D Book Trailer concept Covinous Judgment Cove process progress Where I Can't Follow writing