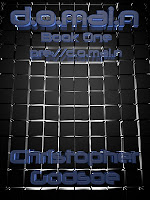 Just a few days ago, I wrote about motivation, inspiration, and the need to generate heedless word count regardless of quality. I feel the need to clarify, as while many of you may agree with me, there will be others that say, "That's great Chris, but what if the muse never speaks, never sings it's magical song?"

Well, I wasn't really meaning to say that we shouldn't produce a word until our literary potential is bursting at the seams, I meant that while an effort to produce on a daily basis is noble, it's not the only way.

Either way, the post made me think about my approach. I know that I could be producing alot more, and often sit down at my Natural 4000 Ergonomic keyboard ready to write, but needing a little pep talk. Great reviews are awesome (seriously, those that have read my work and told me how you enjoyed it have given me a feeling like no other-the reason why I write), but I decided to try to cultivate a way to maintain continuity in tone from one writing day to the next.

I wanted to find a way to come back to the same state of mind that I left off writing the day before, regardless of the events of the day. I wanted to remind myself to avoid certain pitfalls, and to lay down the theme that I want to impart into every chapter. Short of keeping a daily journal and trying to convey what I was feeling during my previous writing time (which, let's be honest, might work, but every word I wrote in the journal would be detracting from time spent producing my book), I felt the best way was to write myself a little piece to read before setting out to write each time.

Those of you that have played organized sports have, at one time or another, heard a coach give a pep talk to their team before a big game. The speech is equal parts strategy and emotion, pragmatism and visualization. THATS what I wanted. I wanted something that, in less than 100 words, would remind me why I am so eager to finish this book. I wanted something that would outline my hopes, help me visualize how good I want this book (pre://d.o.mai.n) to turn out, and to pump me up by converting my aspirations to forgone conclusions.

What I came up with is below. Yes, I know I got a little excited towards the end. Yes, it includes sparse vulgarity. Get over it, lol. It's technically not FOR you, it's for me. I include it here because part of the mission for this blog is to share my experiences writing, and to serve as a sharing place for ideas. Keep in mind, this piece is meant to inspire, to maintain continuity, and to keep me from getting discouraged or making repeated mistakes.

(Yes, this is written from a first person perspective. Me.......talking to me. I know it's confusing, just picture me saying this in a mirror, lol)

First, let me get this out of the way-Stop screwing around and write. If you’re sitting in front of this computer, reading this, I’m assuming that you want to make some progress on pre://d.o.mai.n, so stop messing around in Blender and write. None of that flashy promotional material will be worth a damn if you never finish the book.

This book is your key. Your key to opening the door to bigger things for you and Skyler. It’s the first salvo in an assault that will forever change your life, so enjoy it, and savor the writing process. Give all you can of yourself when you are writing it, even the parts of your life that you may not want to share. Your pain, your embarrassment, your sadness-channel them into your characters in equal proportion to the joy, the love, and the anger that you already have well under control.

Second, let’s talk about tone. I know you aren’t intentionally trying to talk over everyone’s head, but you ARE trying to be unnecessarily eloquent. See, you just did it again-cut that shit out. Write the way you would if you were telling the story to someone seated right in front of you. You know, injecting humor, using words everyone else can understand, and weaving the story that you want to tell with all of the enthusiasm your thesaurus-enabling first drafts can’t.

Your tone is to narrate directly to the reader, not to emulate Longfellow, Shakespeare, or Thoreau. Thoreau wrote about Walden Wood, he wouldn’t know an Augmented Reality rune if it bit him in the ass.

And don’t sweat the first draft. Let me save you a little time and tell you what it’s going to sound like-Your characters are all going to sound the same, your prose will be stiff and barely decipherable for anyone not named Christopher Godsoe, and you will wonder if anyone will even want to sort through it all to discover the amazing world you’ve created. Your friends will slog through it out of devotion to you, but no one that doesn't know you personally will have the stomach for it.

So stop worrying, you know what’s coming, just relax and let that shit flow. You can fix it later, and again after that, and again after that during rewrites. You’re going to make a pass concentrating just on character dialog and tone, another for grammar, and another to make sure that all of the plotlines are consistent from beginning to end. You’ll also make one final pass to map all of the loose ends that you left for the next book, and those that you left for the final book in the series.

Because, my friend, this book isn’t just a story that will be forgotten 15 minutes after read. There are serious implications in it that everyone with an internet connection or smartphone will be able to grasp. This story may be fiction, it may be speculative fiction, but it’s speculative fiction that is based on science that exists in one form or another TODAY. Most of what you have created is going to come to pass. Are you going to let everyone find their way through this in the dark? Are you going to let them head out into the socially awkward brave new world without any clue what they are in for? Lastly, are you going to miss your opportunity to stake your claim on the future?

No, you’re not. You are going to make good on that promise that you made to yourself two years ago, and let this amazing story out that you have been selfishly hoarding in one form or another for ten years. Show everyone the spectacle, show them the loss, the transcendent fear. Show them the weakness in our race, and how it is unavoidable in a population in millions. Show them that the strength of a few can atone for that weakness, that the rare strand of morality can fight back the persistent creep of greed.

Bring Miles, Theo, Kincaid, and Tobin into being. Breathe life into Kellen and Victoria. Show everyone how the summer of Judgment Cove has shaped the man that Steven has become, and don’t forget Craig, as every court needs a jester. Let them tell their parts in shaping a technology that will be both the greatest gift man has ever crafted, as well as the greatest cancer to ever feast on their humanity.

Remember that in the end, the technology and gadgetry is NOT the story. The story stems from the characters leveraging it for their own ends. Never forget that. James Bond had the best toys, but they were only ever worth a damn if at the end of the day the world got saved.

And finally, stop pumping up your ego any more than you already have by reading this. Get to work writing, because good intentions are worthless if you don’t put them to use.
3D concept Kellen Malachai Miles Torvalds predomain process Roger Kincaid Theo Atkins tips writing