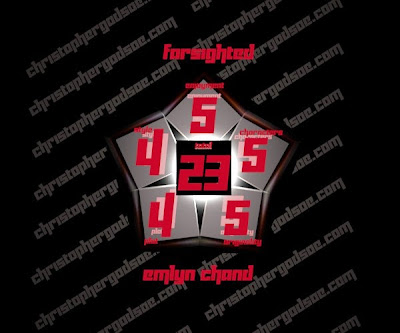 (This review is based on an Advanced Review Copy of Farsighted, and was written on 10/15/2011)
-If you have written a novel that you would like to submit for Review consideration, please forward a copy in .pdf format to maetrixss@gmail.com.

THE BOOK:  Alex Kosmitoras may be blind, but he can still “see” things others can’t.  When his unwanted visions of the future begin to suggest that the girl he likes could be in danger, he has no choice but to take on destiny and demand it reconsider. Get your copy today by visiting Amazon.com’s Kindle store or the eBook retailer of your choice. The paperback edition will be available on November 24 (for the author’s birthday).

THE CASH PRIZES:  Guess what? You could win a $100 Amazon gift card as part of this special blog tour. That’s right! Just leave a comment below saying something about the post you just read, and you’ll be entered into the raffle. I could win $100 too! Please help by voting for my blog in the traffic-breaker poll. To cast your vote, visit the official Farsighted blog tour page and scroll all the way to the bottom. Thank you for your help with that.

THE GIVEAWAYS:  Win 1 of 10 autographed copies of Farsighted before its paperback release by entering the giveaway on GoodReads. Perhaps you’d like an autographed postcard from the author; you can request one on her site.

THE AUTHOR:  Emlyn Chand has always loved to hear and tell stories, having emerged from the womb with a fountain pen grasped firmly in her left hand (true story). When she’s not writing, she runs a large book club in Ann Arbor and is the president of author PR firm, Novel Publicity. Emlyn loves to connect with readers and is available throughout the social media interweb. Visit www.emlynchand.com for more info. Don’t forget to say “hi” to her sun conure Ducky!

MORE FUN: There's more fun below. Watch the live action Farsighted book trailer and take the quiz to find out which character is most like you!