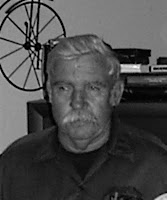 Millions of people have mental health issues/guns and don't kill anyone."
In one form or another, this argument is rolled out every time a mass shooting happens. While both true, both sides are merely arguing over symptoms of a larger issue.
"Why does this keep happening?"  "Why does this happen here so often, and almost nowhere else?" Plenty of theories have been floated, and while all of them have part of the answer, I don't think any of them get to the root of the underlying issue.
What is causing all of this hate and unnecessary death and suffering is a lack of hope.   People, for perhaps the first time in a few generations, are realizing that their prospects are not looking better than they did for their parents, and their children will most certainly have it worse. They don't understand why it is happening, when all of the reports say the country is doing incredibly well, and everyone is telling them to blame someone else. Eventually, so…